La Alpujarra lies between the Sierra Nevada and the Lújar and Gádor mountain ranges.

It opens up to the Mediterranean Sea from the Mulhacén, the highest peak of the Iberian Peninsula. Its landscape is rough yet colourful, scattered with ravines, canyons and valleys with traditional villages lying all around.

This region was inhabited by Phoenicians and Romans, however it was the eight centuries of Arab domination which gave it its tiered architecture, its water irrigation system, its cuisine and even its name. Isolated and inaccessible for centuries, this rugged terrain has been kept almost unspoiled, as if time had stopped in La Alpujarra. The villages of LaAlpujarra, with their whitewashed houses, are scattered along the slopes between green forests.

The beauty of these villages is only one of its many attractions. Lanjarón, a spa town famous for the longevity and good health of its inhabitants, is the gate to the La Alpujarras’ wonders. Trévelez, the highest town in Europe, is best known for its exquisite hams. Another main tourist destination the Barranco de Poqueira, a ravine where the villages of Pampaneira, Bubión and Capileira are.It is said that this is an area of goblins and witches, in addition to the smell of olives and trout with ham.

The Rio Guadalfeo divides lengthwise La Alpujarra in two, giving rise tothe High and Low Alpujarra. The High onefalls in the southern part of the Sierra Nevada where beautiful villages such as Bérchules, Busquístar, Bubión, Juviles or Yegen are located. The LowLa Alpujarra is made up of La Contraviesa, where we find unusual villages such as Lújar, Sorvilán and Albondón among others.

Both locals and foreigners have been mesmerised by these local villages. Pedro Antonio de Alarcón dedicated his first Spanish travel book to these villages and Gerald Brenan sang of their beauty in Al Sur de Granada. For Federico García Lorca this was “the land of nowhere.” The tradition of singing and dancing is an important part of this area’s rich folklore. The Moors and Christians alike are celebrated in many forms of art, one of the most original being the so-called alpujarreños ballads. Here, two minstrels improvise to take turns to sing an imitation of what the other has just sung.

Next to La Alpujarra is the Valle de Lecrín valley, whose orange and lemon groves fill it with their scent. Old flourmills, Arab castles and charming farmhouses are scattered around this quiet region with its beautiful light. 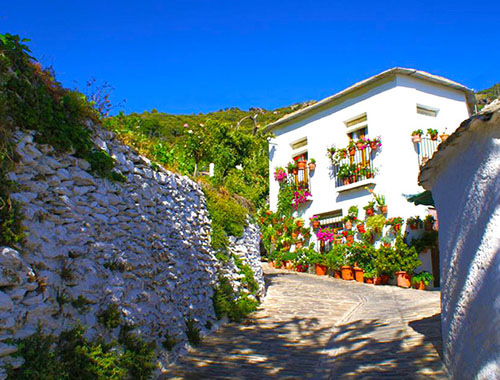 SKIING IN THE SIERRA NEVADA 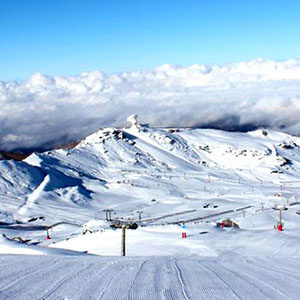 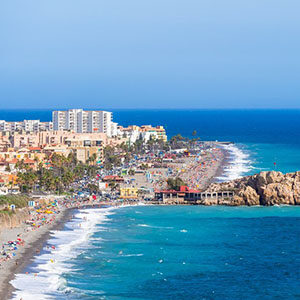